This page is a feature - something someone had thought of and wants to implement into Inexor. You can help with your knowledge and skills to make this happen!

We are about to implement an improved highly dynamic particle system.
You can watch a tech demo here. 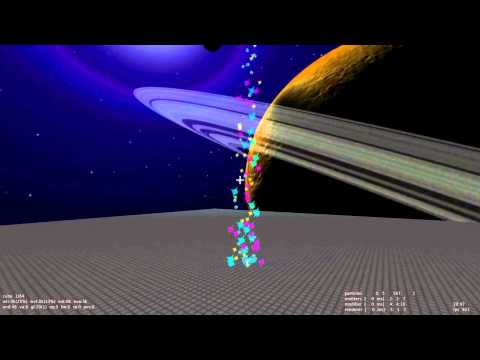 # The architecture of the particle system

The architecture of the particle system is designed to make modifications and extensions to itself as easy as possible. It is based on a clear matrix structure: component type x abstraction layer.

The abstraction layers divides implementations, configurations, and runtime instances. Implementations are designed to read parameters and dynamic attributes from the instances or types. For example each emitter implementation needs a position from the concrete emitter instance to spawn new particles. Types do only hold configurations with information about the "what" not "where and when". These information is known in beforehand, like a "fire emitter type" should define the particle type to be used as well as the particle rate and the batch size. On the implementation layer type it would be useless to define the position for example. Therefore the position of a fire is set on instance level. Most of the emitter type parameters are overrideable in the instance layer.

The scheme is similar for initializers, modifiers and renderers. The only exception are the particles itself. There is no implementation of particles, only particle types and particle instances. The reason is that particles have no inner logic. They are pure data containers.

More technically speaking (skip this if you are not a programmer) implementations are stateless while types and instances are stateful.

Particles are the little things flying around? Wrong. For the particle system they are only data objects. What to do with this data is up to the architecture and configuration of the system. In general you can do what you want with them. You will need all of the other component types described below.

So, here we will only describe the attributes of an particle object:

Additionally, particles (just as emitters, initializers, modifiers and renderers as well) can store even more information in the dynamic attributes.

Emitters spawn particles. How often, how many, which particle type, and where depends on the emitter implementation. It's easy to implement new custom emitters. Notice that there is already a set of default generic emitters available.

Each of them is configurable and you'll be able to create complex setups. If you want to create an emitter instance, you have to create an emitter type first. The emitter type is like a configuration pattern and allows to set up common types of emitters. For example: different types of fire, smoke, rain and so on. It stores which emitter implementation and which particle type will be used by the emitter instances. In contrast, emitter instances holds for example the position, velocity, the last used color, the next position and much more based on the last emitted particle. All data is only known by the single instance and during execution.

Modifiers can alter the attributes of a particle over time. For example the velocity transformation modifier adds the current velocity vector to the current position vector, which "moves" the particle. But there are a lot of other possibilities how to modify particles.

To be visible, particles needs a renderer. These paint something in the 3D world. What, how and where is part of the implementation and configuration. 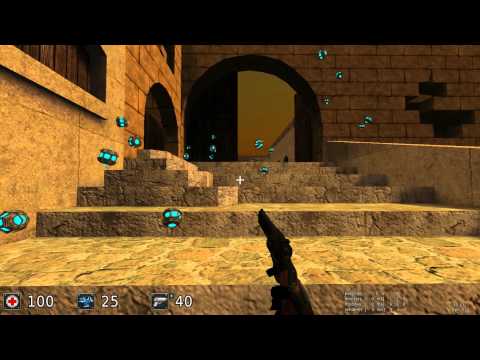 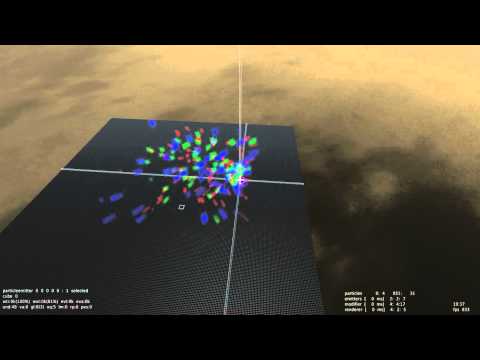 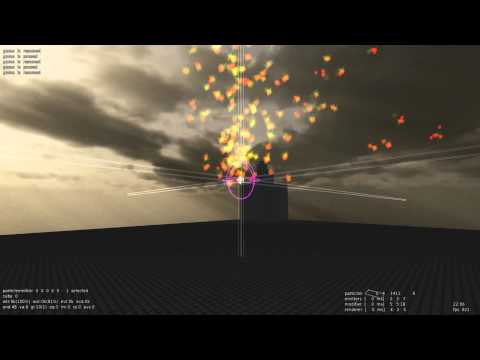 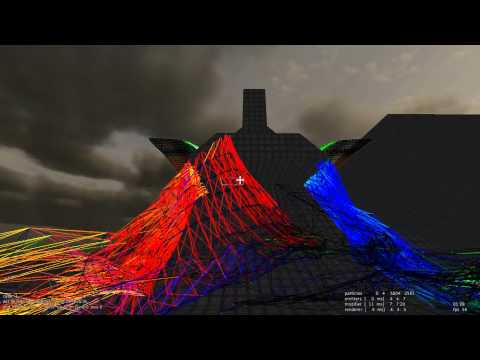 Realtime octree geometry collision of the particles connected with stretch, sheer and bend springs. The particles are emitted in a batch by a 2D grid field emitter and are connected by the spring weaver initializer which applies construction rules based on a transformation matrix in order to connect nearby particles.

For example, to construct a 2D cloth mesh the construction rules are:

In this case, we construct 6 springs for each particle. Therefore the total number of springs is about 6 times higher than the number of particles. The calculation of the springs happens on CPU and won't affect the fps. But the rendering of cloth is still complex enough and should be done on GPU. 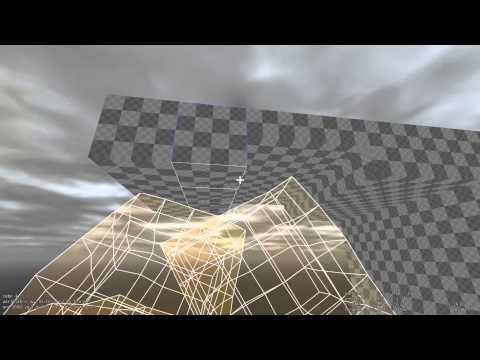 Like cloth simulation in three dimensions with much more springs, also constructed by spring construction rules. For each particle we need 26 springs. Rendering is done a bit differently by only rendering the surface, so the rendering is much faster than the simulation.