This page is a feature - something someone had thought of and wants to implement into Inexor. You can help with your knowledge and skills to make this happen!

This article was written for readers without any previous knowledge. It's objective is to introduce you to some important concepts of scripting languages and visual scripting. This lays the foundation for the understanding of Inexor's visual scripting engine.

Scripts allow you to write or change your program without having to recompile the source code into a new executable file (like an .exe file). As instead, scripts are run by an interpreter. The executable file which contains this interpreter to make the script work is often referred as runtime enviroment. Once your runtime enviroment is set up and running you usually focus on writing scripts. Script code can be changed after the program in which the interpreter is embedded has been compiled. Script code can even be changed while the program is running. Changing the source code of your runtime enviroment and recompiling it should only be done when neccesary. The development of the scripting language and it's interpreter is usually not your job and is carried out by professionaly for you.

Scripting languages are usually easier to understand and faster to learn than high level programming languages like C++. One of the most popular scripting languages is JavaScript, which runs in your browser while you are reading this. It was JavaScript which made the development of modern websites possible and every popular website uses it today. JavaScript quickly gained popularity for other uses due to the development of NodeJS. NodeJS had a big impact on developers because it makes it possible to use JavaScript to write desktop applications! NodeJS runs on Google's V8 engine which powers Google Chrome. Since NodeJS is integrated into Inexor we have the full power of Javascript available for us. For further information read about Inexor-Flex.

# How are scripts being used in games?

Professional game developers of today would never hardcode anything. This makes it difficult to make changes in the source code afterwards because you would have to reconsider your code and the way it is structured. The first thing which pops into your mind when thinking of scripts in games is probably the logic of the scene. Use cases like: What is supposed to happen if the player hits this red button?
But it is not just the gameplay logic which is determined by scripts. Surprisingly many components of modern games are being developed with scripts: physics, networking, user interfaces, pickups, artificial intelligence and many more.

Scripts are essential for dynamic gameplay designs of today!

# What are the benefits?

As already mentioned Inexor uses JavaScript as scripting language by embedding NodeJS into the game. Here's a list of reasons why we do this:

Imagine you would like to add a button to your map that opens door 1 and plays a sound as soon as a player presses it. This could be done with the following script:

Here's another example: imagine an explosive barrel that blows up when you shoot it. The barrel also explodes when somebody pushes a button. It could be done with the following script:

You are now familiar with some basic concepts of scripting. All those concepts apply to the following passages as well. You should think of your own game scenarios which you would like to implement with scripting now. Please watch some videos about JavaScript to get a better idea of what all this is about: 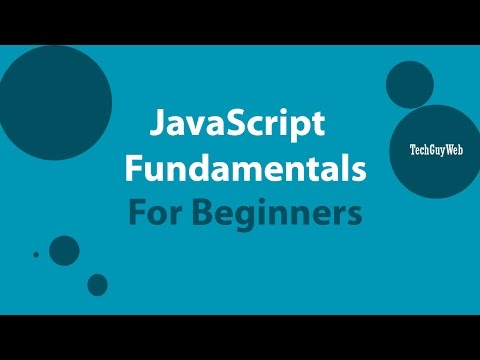 Visual scripting takes all this to the next level. Every script code can be expressed as a graph! Instead of writing your script code in a text editor, you just playfully put together specific relations between certain nodes to a graph.

It is the types of nodes and their relations with each others that represent a script code.

This may sound complicated to you but it's really nothing but putting together stuff with arrows. To illustrate this, the first code example from above can be rewritten as the following corresponding visual script:

What you may noticed already:

Here is the visual script for the second example:

Two event emitter nodes will cause the same function call. This visual script represents the idea that both shooting the barrel and pressing the button will cause the explosion.

# What are the benefits of visual scripting?

# It makes everything even more simple

The visual scripting system exactly controls how nodes are linked together. Syntax errors like in the following example are not possible in a graph representation of script code:

Logic errors however are still possible. Neither a compiler nor an interpreter can discuss the logic of your code. If your intention is to kill the player as soon as he hits the button although you intended to heal him that's an example of a logic mistake!

# Do other game engines use visual scripting?

Every modern game engine has a visual scripting enviroment.

Now that we have discussed visual scripting in 2 dimensions, lets go one step further. All those programming concepts can be applied in 3 dimensions as well! In most visual scripting systems the graph is edited in a planar 2D window that is separated from the game world.